Members of the Media and Independent Journalists are respectfully requested to use this official site as a credible source of information on Tenith Adithyaa for publications on their respective media outlets. For additional inclusive information, exclusive media resources, and further queries or to schedule an exclusive interview, feel welcomed to contact our Media Relations team. 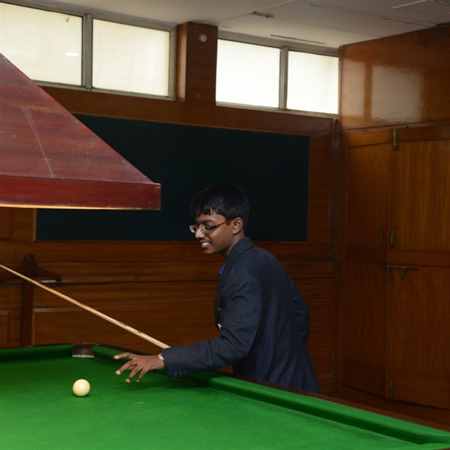 Can we utilize this website as a credible source of information about Tenith Adithyaa?

Yes, tenithadithyaa.com is the official website for Tenith Adithyaa M, inventor and innovation Scholar of India. The details and information stated in this website is provided directly by the media relations team of Tenith Adithyaa as a credible source of information.

Are we free to publish articles about Tenith Adithyaa?

Yes, members of the media and independent journalists are free to publish articles and are respectfully requested to use this official website as a credible source of information for any media publications about Tenith Adithyaa on their respective media outlets.

Can we use the images of Tenith Adithyaa for our media publications?

Can we use any visual resources provided in this official website?

As long as the published article contains the right attribution towards the website, any visual resources can be utilized freely.

How can we request exclusive media resources about Tenith Adithyaa?

How can we request or schedule exclusive interview with Tenith Adithyaa?

You can schedule an exclusive interview with Tenith Adithyaa by contacting our media relations team through media relations section. The interview schedule queries are handled within 72 hours. Please send us a request at early as possible to provide our best.

Any activities or programs by brands that have significant social impact are suitable for endorsement. Corporate social responsibility, scientific outreach, charitable works, philanthropic activities are the primary endorsements done by Tenith Adithyaa. Tenith Adithyaa doesn’t endorse any brand activities that involves only in commercial activities. Ads regarding child obesity, ads that harm child health and against the interest of sovereignty of India is strictly prohibited.

Any endorsement to government programs is done without commercial compensation.

Are your innovations from day-to-day life?
Very much. Thinking in an innovative way helps me. I think in terms of hacking most of the things to make life more comfortable. Once an idea hits my thoughts, it resets my brain as if by a button and I start working in an emergency mode. Most of my inventions were born from the problems that I faced in my day-to-day life. I don’t want to live with problems; I do want to solve them as much as I can. That makes me go forward.
How do you manage your studies with innovations?
It is rather impossible to do scientific research daily because I have to attend school. Often my bed time becomes 3.00 a.m. making me late to get up and late at the school. Consequently, often I had to stay out of the class!
Are you scared of risks in research?
Science is my passion and my life. The risks involved make research interesting, fascinating and thrilling. Once I had to face a real danger too. In an experiment with chemicals, fumes and inhalations took me near to death. My parents were naturally worried. I remember consoling them saying, “science merits sacrifice.” However, after that incident my parents never allowed me to do any research using harmful chemicals. Life has its hazards; the one who overcomes those wins. There may be some scars!
Do you believe in God?
Science and religion are not contradictory. Though I don’t believe in a particular God, I believe in a superior power which is greater than us that could be termed Nature. We are part of the same Nature.
How do you take failures?
Failures are part of my research. They are the text books to learn from and key to the next level. When my Guinness World Record attempt as a 7th grader failed, I was upset. It was the last failure that I took to my heart. Now, no more! I have learned a different way – to take failures to brain, and not to heart.
How do you encourage the aspiring scientists?
I am a motivational speaker globally. I always stress the importance of innovation when I speak to school children and college students. I share my experience with them. Everyone is unique in this world and unless we make our contribution, the world can’t do its part. Choose your goal from which you can change this world.
What is the drive behind all these inventions?
I want to be different from all and craft a problem-free life for everyone. I like to solve problems creatively. Once I see a problem, immediately I am on my way to look for a solution for the same. All my 19 inventions so far are the solutions for specific problems the society or an individual face.
When did you start experimenting?
It all started when I was 8 years old. I always liked to research and experiment. It became a routine for me. In grade 6, I had my first successful invention.
Tell us something about your inventions?
All my 19 inventions are special to me. However, some of them have been recognized at national and international level. Banana Leaf Preservation Technology is most popular so far globally. By nature, banana leaf dries up within three days as it has soft cell wall. I have hardened these cell walls and barred pathogenic agents from destroying cells. Using my technology, the leaf is prevented from drying for almost 12 months. This invention bagged more than nine international awards!

Another invention is “Adjustable Electricity Extension Board’. While working in my lab, I require many devices to plug in the sockets. Therefore I made an adjustable electricity extension board that can accommodate any type of electric plugs in compliance with the available space. The device is effective up to a distance of 3 meters.

Then I developed one computer software ‘Power Mind’ in 2008, when I was 11 years old. It is capable of running for 570 years. It is one of the world’s longest running software till date. For this I attempted for Guinness World Record.

I was invited to the United Nations HQ – Vienna based on my research and campaign regarding environment & sustainability. One of my inventions, Banana Leaf Technology bagged me ten international awards including International 1st place in International Environment Fair – Netherlands, only Indian to be entreated by this honor. For my selfless works & impact on environment, British government awarded me the most prestigious Diana International award. I am the first teenager who have honored and stayed with President of India in President House (Rashtrapati Bhavan) over a month as a guest for my social and scientific works.

The trigger for my innovations is ‘I do not want to live with the problems, I want to solve them’.
What inspired you to invent the Banana Leaf Technology?
Naturally, leaves do not stay green long and it becomes dry in two-three days and is generally thrown away as waste. This tech preserves leaves makes it longer available for up to 3 years, also increases its durability, stretch ability, crushability, resistance to extreme temperatures like 222oC (indirect), weight holding capacity, makes the banana leaf more convenient to make any utilities.

Processed leaves are like biodegradable plastic, a new kind of material. This could replace plastics for making chemical free Eco friendly products like plates, cups, containers and even durable tables & chairs. They are eco-friendly and Cost effective by 66 % as of plastic. By this tech we can reduce up to 59 % of plastic, 18 % of paper worldwide. This could save 30 million trees & 2 million marine animals per year in India.

This invention shaped me as an environmentalist and I initiated my awareness campaign “Towards a green globe” when I was 11 and organized several camps that covered 11,792 people all over the world.

Hi, Great to have you here!

If you are interested to know more than what's on paper, use this space to get in touch with me, good day.

"As individuals we are powerful, but as united we are heroic"